Skip to main content
By Brodie SwisherOctober 14, 20196 Comments
I spent some time on the phone a while back with wild game chef, Jeremiah Doughty of FromFieldtoPlate.com. We were talking about the best meats to eat, as well as some oddities that he had prepared for the table over the years. What really grabbed my attention was when he made the comment, “I eat coyote…I love coyote.” I immediately knew that another article would soon follow our conversation. Think about it. How many hunters do you think would possibly give a second thought to preparing a coyote for the table? We typically drop them for management and ditch them. But have you ever stopped to consider making a meal out of the song-dog? Would you eat coyote?
I reached back out to Jeremiah with a few questions on how he likes to prep coyote for the table – just in case there was anyone that might want to give it a try this season. 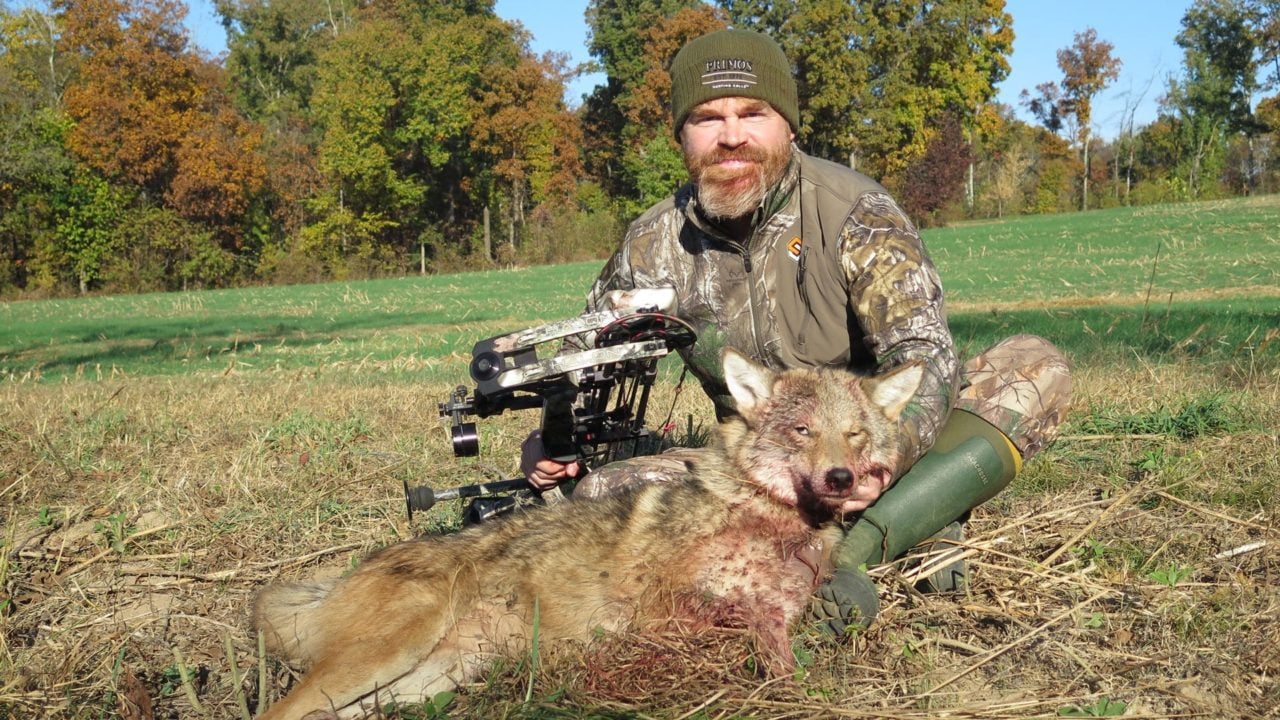 Would you eat coyote?

How Do You Recommend Cooking Coyote?

One would tend to think that eating coyote would be pretty tough. There can’t possibly be much fat to be found on these wiry little suckers, right? “You need to cook coyote slow and low,” says Doughty. “The problem with coyote is they tend to be tough. Most people don’t like it because it has a strong flavor. But the reason it has a strong flavor is because they grilled it and over cooked it.”
Coyote is perfectly suited for the grind. Grind this meat up and utilize it in any meal that would normally call for ground meat. It’s great for chili, spaghetti, casseroles, and more.

When to Eat a Coyote?

Coyote hunters are blessed with ample opportunities to hunt. In fact, in many states across the country, you can hunt coyotes year-round, with no bag limits. But just because you can kill a coyote in the smokin’ hot days of summer doesn’t mean you ought to try and eat a summer coyote. There’s a big difference in how a coyote will taste at various times of the year.
“The major difference is what they are eating,” says Doughty. “In the cold months they are eating fresh kills that are not rotting. Whereas in the hotter months they tend to dine on leftover kills and rotting meats. This impacts the flavor drastically.”

How Do Your Guests Respond to Eating Coyote?

Jeremiah shared a story of having friends over for dinner. These were non-hunting friends that had not yet experienced the joys of eating wild game – much less coyote. Doughty served coyote chili to his guests and they loved it. They even went back for seconds – before Doughty revealed to them they were eating coyote chili. How to Overcome the Thought of Eating Coyote

For many, the single biggest deal breaker for eating coyote is basically the thought of eating a dog. It’s not something we do on this side of the world. So the fear is to be expected. Others are scared of what it might taste like. But as Doughty mentioned above, when properly cooked, and not over-cooked, meat is meat. It can and will taste good if prepared properly. “The biggest thing is getting rid of the stereotypes that you can’t eat stuff,” says Doughty. Meat is meat. Not only is coyote edible. It can actually be prepared to taste really good.

I should have known better than to ask the question, “What does coyote taste like?” but I did. And as much as we’d like to hear that it tastes like chicken, that’s not the feedback I received.
What does coyote taste like according to Doughty? The answer is – coyote. That’s it. It’s a taste all its own. A taste you won’t know until you try it.
With that said, would you eat coyote? Knowing that not only is it edible, it can actually be prepared to taste really good – would you do it? Comment below and let us know if you’ve ever eaten coyote, or if you’d be willing to give it a try.
Share this story: Share this on Facebook (opens in new window) Share this on Twitter (opens in new window)

Brodie Swisher
Brodie Swisher is a world champion game caller, outdoor writer, seminar speaker and Editor for Bowhunting.com. Brodie and his family live in the Kentucky Lake area of west Tennessee.
Post a Comment View 6 Comments
Post a Comment
Login with FacebookLogin with Google
Post as Guest
Cancel reply
You may also like: