I had the opportunity to meet Josh Grine and his daughter, Haly, while speaking at a sportsmen’s event in Lancaster, PA last year. Josh is on staff at the church that hosted the event, but also works as an instructor at Lancaster Archery. It didn’t take long for me to realize that his daughter, Haly, is quickly making a name for herself on the archery tournament trail. She’s a really good shot. But over the last couple years, she’s been following her dad’s lead and developing a passion for bowhunting as well. She shares her story here, as well as her recent success while bowhunting Ohio.

All throughout my childhood years I have watched my dad be a hunter and have witnessed his hunting experiences. I remember sitting in a blind, in the dead of winter, waiting and needing to remind myself to be still and patient. I always found joy in going with my dad and witnessing the thrill and excitement. It wasn’t until a couple years ago that I was finally able to get my hunting license and experience the feeling of harvesting an animal for myself. 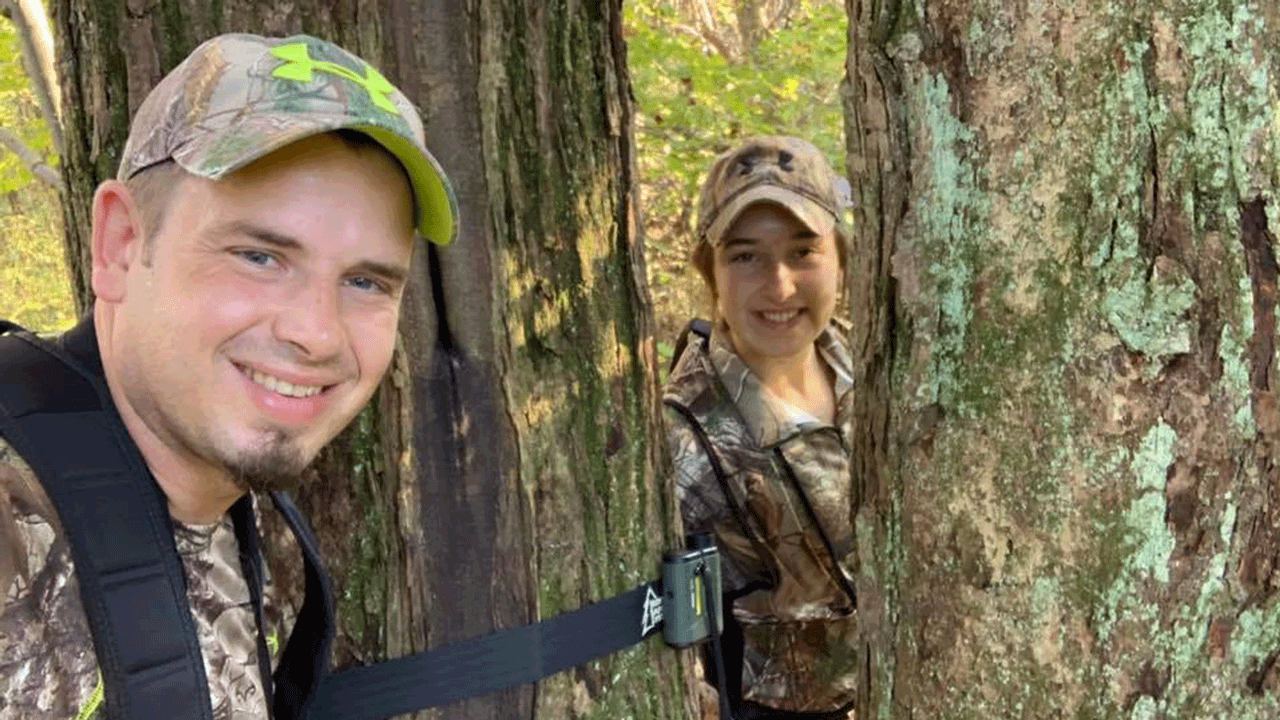 Haly’s dad, Josh, has passed on the best stuff of life to his daughter – faith, family, archery, and bowhunting.

Four years ago I decided I wanted to learn how to shoot a bow. I had watched my dad bowhunt and was totally hooked and fascinated. I started taking lessons and immediately grew a love and passion for archery. I started shooting consistently and building up my strength to be able to hunt. Haly is one of the top shooters in the country in her age division, but now she’s also setting her sights on whitetail deer.

I was invited by family to bowhunt Ohio this year, and I was pumped! I was excited to spend time with my family as well as have the opportunity to hunt some massive bucks. In 2017, I shot my first whitetail doe. This year, I was hoping I’d have a chance to shoot my first buck.

We drove out from Pennsylvania to Ohio on Thursday, October 4th. The weather was not in our favor. It was going to be hot and humid. We sat through Friday and Saturday morning and only saw a few small bucks. We had a great stand spot though. We were in the middle of bedding areas, food and water. My dad’s cousin’s husband, Chase, had been keeping tabs on the deer around the area and there were some nice shooter bucks. We weren’t real optimistic when we went out Saturday evening because of the heat and humidity. But sure enough, 30 minutes after we got into the stand, it was practically deer city. Groups of does came in, bucks were running around, bucks were chasing does, and bucks were sparring. One would have thought we were in the middle of the rut! A couple minutes later, a shooter buck came out. Now, he wasn’t the Ohio giant I had been looking for, but he was a solid first buck. My heart started pounding, and I was shaking like a leaf when I saw him. I watched that buck until he gave me a good, solid shot. The buck walked out and started sparring with another buck, but at 24 yards, broadside, I smoked him! My buck only ran about 80 yards and was super easy to track. My proudest moments were sharing the excitement and the experience of bowhunting Ohio with my dad and family. I also learned how to gut and butcher the whole deer. My passion and knowledge for hunting has definitely grown over this trip, and getting to shoot my first buck is a memory that I will always treasure.