I can vividly recall as a child, my father telling a story as to how the Missouri Department of Conservation would conduct a survey on the area that the most deer were harvested for that year. At the time, check-in stations were still a thing. When a hunter would bring in his or her harvest, an agent would ask where the deer was harvested and would then mark it on a map. As a joke, many of the hunters would say the same popular location that was on the Mark Twain National Forest. Although several hunters actually hunted near that area, it became a place that most hunters stayed clear of due to the assumption that there was always a crowd of hunters in there. This same theory carried over into my thoughts about hunting on all public land, not just the specific area that had became the joke for many hunters. These thoughts, such as an abundance of hunters and pressured deer, kept me away from public land for several years. As times have changed, the ease of finding access to private land has become harder. This combined with the increasing cost of leasing private land each year, has led many hunters, including myself, to explore public land options. There also seems to be an allure to hunters of the challenge that comes with hunting public ground. In fact, over the past few years, by hunting public land, I have realized that the fear of not seeing many deer or worse, seeing an abundance of fellow hunters, is generally not the case in most situations. As an added perk, the thrill of packing my gear to go on a little weekend hunting trip creates an exciting time. The excitement paired with great hunting opportunities is easily achievable if one will change a few strategies to make their next public land hunt a success. If you’re thinking about going public this year, here’s 5 tips for hunting public land to consider this season. 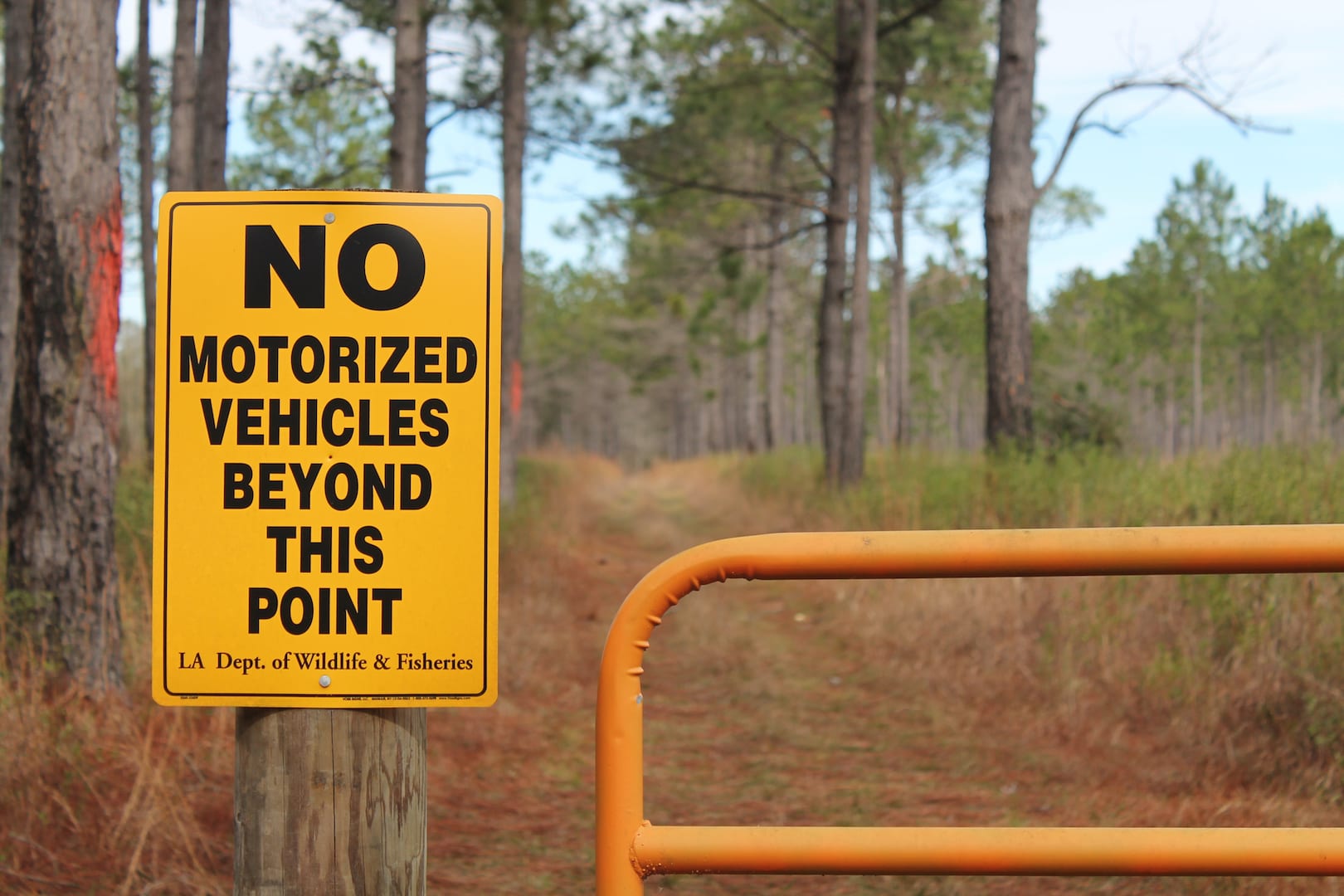 Public grounds with limited access for motorized vehicles often times have limited hunting pressure in comparison to other public lands.

Don’t Be Afraid To Walk

One of my favorite books of all time is, Bowhunting Forrests & Deep Woods, by Greg Miller. In this book, Miller talks about the success that he has had by going deep into the timber, and away from other hunters, thus hunting bucks that don’t see as many hunters. If one has a fear like I did of seeing too many other hunters, then don’t be afraid to walk. Take the harder routes away from the popular accesses, cross a creek, climb a steep hill and venture to places where other hunters don’t want to go. This will ensure that a hunter will find more deer that are less pressured and easier to pattern. Yes, one will have to arrive earlier, and leave later, but the success will outweigh the extra efforts. Don’t be afraid to walk in a mile or more when hunting public land. You’ll likely be rewarded with having the woods all to yourself. If you want to be successful on public land, you can’t be afraid to hit the trail and cover some ground.

Pack a Backpack To Stay

If you’re going to take on the extra effort to travel longer distances into an area, it’s probably not going to be for a mere couple hour sit. It’s most likely going to an all-day venture. Pack a backpack with the essentials to stay comfortable all day. In my Scent Lok Rogue 2285 backpack I make sure to pack an extra jacket, gloves and facemask to ensure that I will stay warm and comfortable. In addition to extra garments, I pack a few bottles of water, a sandwich, chips and some snacks. The two things that prevent hunters from being able to sit all day is getting cold and becoming hungry. If you’ll add a few extra items in your bag, in addition to gear such as grunt calls, scents and scent eliminators, there will be no excuse to end the hunt early. This tactic will allow for more time to see deer, plus it involves less moving around, which is always a good thing when the possibility of hunting around other hunters is a factor. A fanny pack won’t cut it when you’re going in deep on public land. Make sure you have a pack and all the gear necessary to make a day of it.

One of the biggest differences of hunting public land versus private land is the ability to scout. Unfortunately, using game cameras on public land has become virtually impossible due to theft. This leads many hunters to go back to their roots and scout the way they were taught when they were younger. Old fashioned scouting takes place when one gets out and covers some ground in hopes of finding travel routes, food sources, water sources and eventually finding scrapes and rubs. Once the desired sign is found, it is usually marked on a map only to return when it is time to hunt. Don’t use flagging tape or any other visible markers to mark these areas, as these are sure signs to other hunters that a good hunting location has been found. Stay stealthy to not only the deer in the area, but also to other hunters who are looking for the same prize. 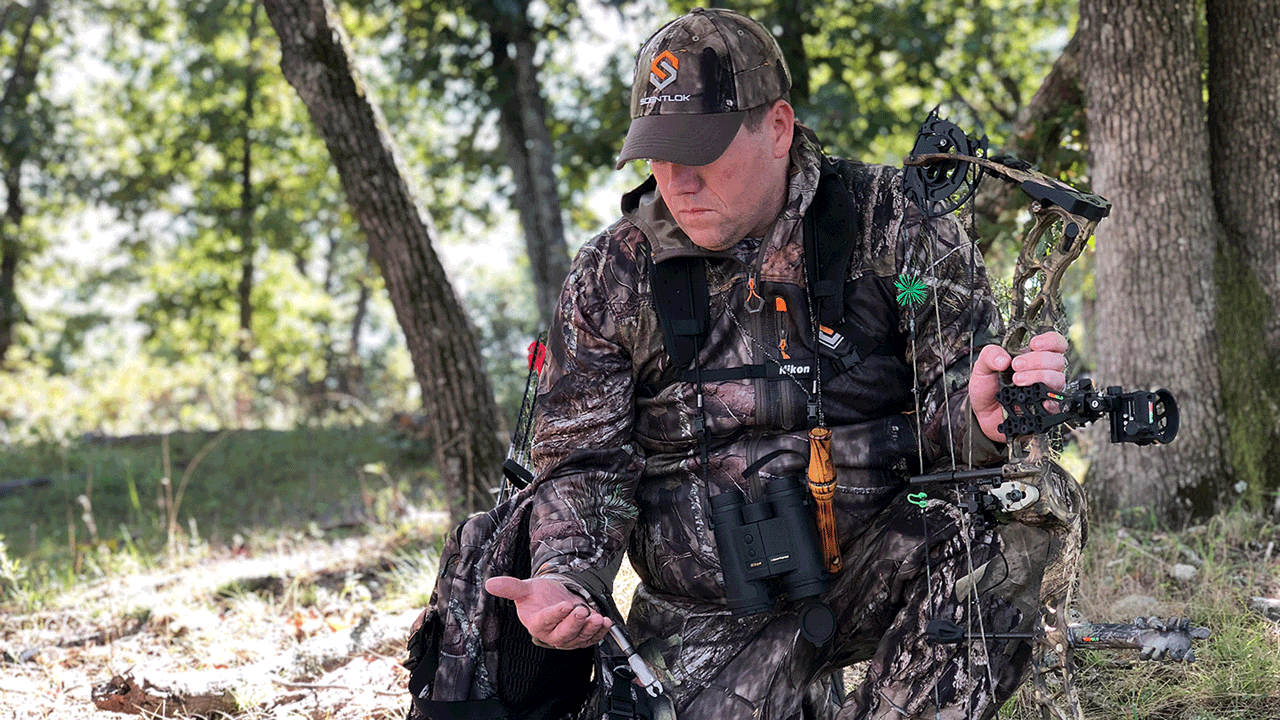 Nothing takes the place of old-school boots-on-the-ground scouting for the freshest of sign.

Use a Ground Blind

Another difficult task that I have found while hunting public land is that of using a treestand. As with game cameras, there is a risk of theft when left for a period of time. Some people suggest using a climbing treestand, however, there are several reasons as to why I do not suggest climbing stands. The first reason being that when I am going to a place in which I know that I am going to be hunting all day, I like to pack extra. Although most climbing treestands are lighter than ever before, it is still extra weight that has to be packed in as well as packed out. Also, climbing stands tend to be noisy when being set up. There is nothing worse than having a perfect, cool, crisp and calm morning, only to spook everything within a mile when climbing up a tree in the dark. With today’s ground blind technology, I prefer to carry it in and out instead of leaving it on an area of public land. It’s still carrying extra weight, however, it is much lighter than a treestand, and as an added incentive, sitting all day in a blind where I can move around, stretch my feet, and relax makes the hunt much more enjoyable. Ground blinds like the NAP Mantis blinds are light and set up quick and easy. They are a great option for the mobile hunter on public land.

As mentioned above, there is a need for old-school boots on the ground scouting, but don’t miss out on the opportunities that your smartphone allows you when it comes to cutting right to the chase. There’s some incredible mapping apps out there these days will features that’ll blow your mind. With just your phone, you can now measure acreage, determine distance, property ownership, what the weather and wind direction will be doing throughout your hunt and so much more. Your smartphone can be one of the greatest tools for the public land hunter these days. Check out hunt mapping tools like onX and Scoutlook Weather for some of the handiest smartphone apps for hunters.

Most bowhunters will say the same thing about the challenge, and personal accomplishment that is felt by harvesting an animal with a bow. The challenge is often times the fuel behind the drive for a lot of hunters. A few bowhunters will go as far as saying that the challenge presented when hunting with a bow is why it is their desired way to hunt. The same is true for hunting public land. There is a certain challenge to patterning a deer, and then finding a mature buck that spends most of his life on public land, where deer are most pressured. Public land hunters don’t have the luxury of sitting over a food plot, and honestly one really never knows what is going to happen next. I think the excitement due to those circumstances is what draws hunters to the idea of hunting on public land . It’s respecting the game, the land and the hunt that will make bowhunting public land something that hunters strive to do year after year. Keep these tips for hunting public land in mind as you hit the woods this season, and be sure to send us your success photos when you score.